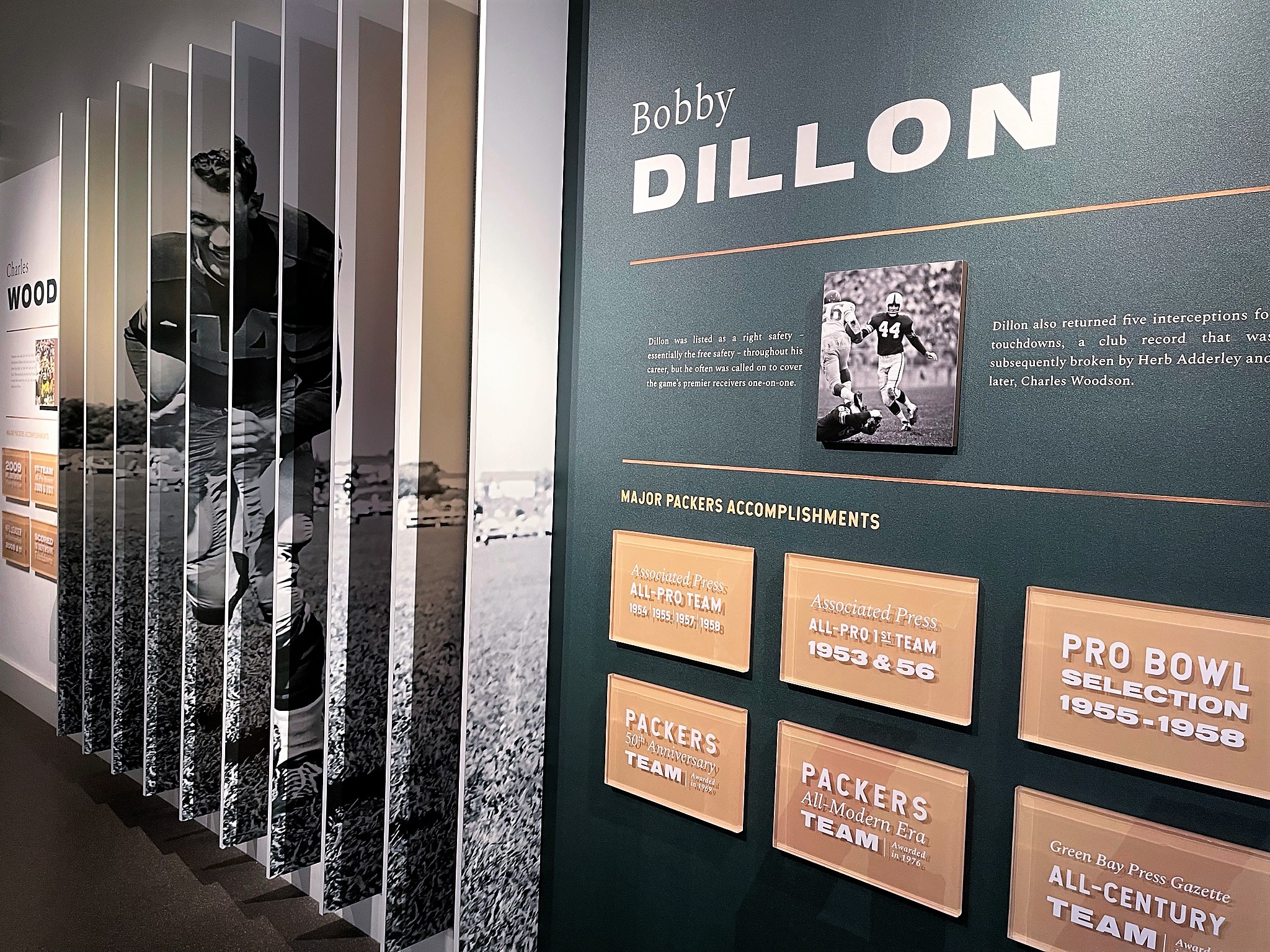 Call to the Hall

Former Packers safety Bobby Dillon was elected tot he Pro Football Hall of Fame as a part of teh centennial Class of 2020.

Defensive back Charles Woodson, who played seven seasons (2006-2012) for the Packers, was elected to the Pro Football Hall of Fame Class of 2021.

Located in the Green Bay Packers Hall of Fame. 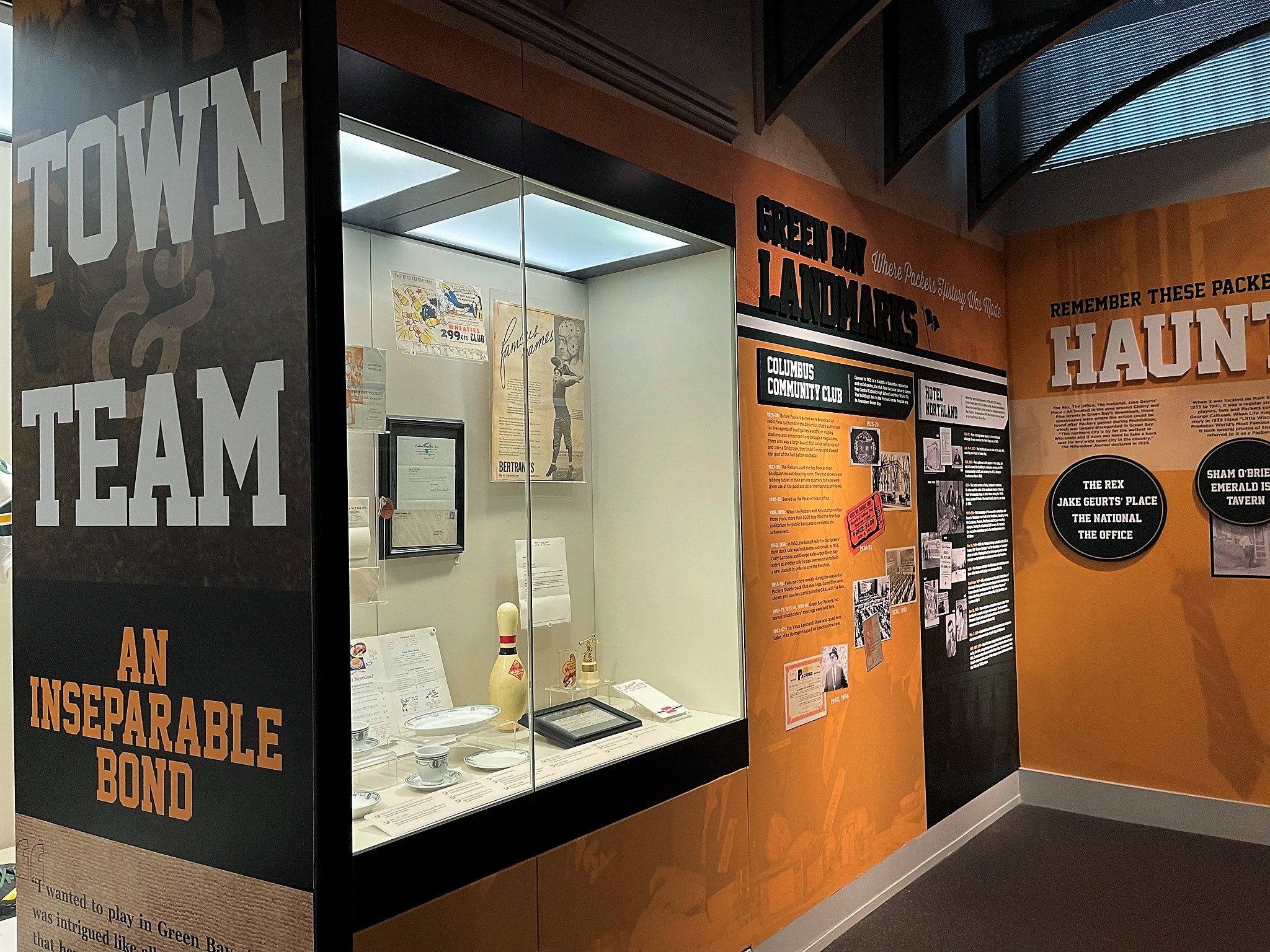 This exhibit tells the story of the strong bond between the Packers and the community they represent.  Starting in the late 1920s and well into the 1960s, most players lived downtown or nearby and were everywhere to be seen by fans who might have idolized them but also gave them their space. More recently, the connection between town and team can be seen through the charitable work of both the players and the organization.  This exhibit features Packers' hang-outs and the communities' commitment to support the team.

Located in the Green Bay Packers Hall of Fame.